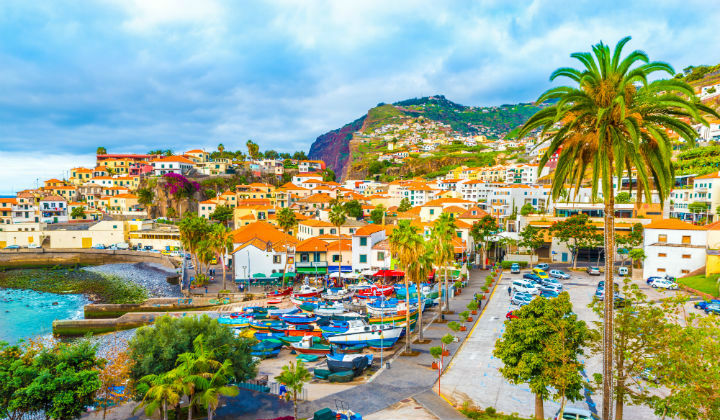 Have you already booked your next holiday, or are you struggling to decide where to go in 2019?

Well, with the help of of independent travel experts and ABTA we’ve put together a list of 12 places around the world that are expected to see increases in visitors from the UK next year.

The guide below is based on new flight routes, major events and celebrations and areas that are experiencing a tourism revival. We aim to provide you with some inspiration to help you find your destination of choice for your next holiday; from Japan, where ancient tradition meets modern architecture and design, to Costa Rica, the nature lover’s dream.

There’s information on the hidden gems of familiar destinations, such as the extensive mountain-biking opportunities in Madeira and the new, happening, city break destination, Thessaloniki.

With ABTA research showing that holidaymakers are increasingly cost-conscious, many of the destinations also offer good value breaks, whether that is thanks to the numerous cheap flights to Poland or a favourable exchange rate in South Africa. Similarly, bookings to Bulgaria next summer, a longstanding value for money destination, are already up 30% on this time last year.

“This year’s 12 destinations to watch showcase the diversity available to UK holidaymakers, including a range of vibrant cities, rich cultures, incredible countryside and stunning beaches – all readily accessible from the UK.

“Holidaymakers are increasingly looking to make their money go further and many of the destinations we’ve highlighted do just that, whether it is the abundance of flight routes or favourable exchange rate.

“I hope our choices provide some inspiration for customers when choosing their overseas breaks in 2019.”

Bulgaria will be in the spotlight in 2019 as the ancient city of Plovdiv takes centre stage as European Capital of Culture. Bulgaria has always been a favourite for holidaymakers looking for good value breaks in the lively resorts along the Black Sea; Sunny Beach, Golden Sands and the UNESCO world heritage town of Nessebar. In the winter, visitors flock to the ski resorts of Borovets, Bansko and Pamporovo for their relatively easy slopes and very good value pricing.”

Environmental protection and conservation are increasingly important for holidaymakers, and discerning travellers will be making a beeline to this tropical paradise in 2019. Costa Rica is a world leader in conservation and successive governments have prioritised preserving the country’s incredibly rich diversity of flora and fauna. Direct flights from the UK take less than 12 hours to this nature lover’s dream.”

Very few cities have as dramatic a location as Denver in Colorado, set against the stunning backdrop of the Rocky Mountains. Denver is an increasingly sophisticated and cosmopolitan city with a great restaurant scene and its inhabitants are especially proud of the large number of “brewpubs” in their city. The Rocky Mountain National Park and the land around Pike’s Peake are the best places to view the spectacular unspoilt landscapes of this dramatic state.”

Durban, South Africa’s third largest city, will be easier to reach in 2019 with British Airways launching direct flights from the UK. Durban has always had exceptional beaches and in 2010, when South Africa hosted the World Cup, the city’s waterfront had a major revamp. The harbour area buzzes with bars, restaurants and vibrant nightlife. Durban is also the gateway to the province of Kwa-Zulu Natal and the mountains and landscapes of the Ukhahlamba Drakensberg.”

Great seafood, dramatic coastlines and the ever-present sound of bagpipes. No not Scotland, but another Celtic land, Galicia in Northern Spain. Galicia has a number of historic cities, which are well worth a visit, but the star is undoubtedly Santiago de Compostela which, for centuries, has been one of Europe’s main pilgrimage destinations. Another city to visit is La Coruna, which is situated on a beautiful sandy bay and home to a 2000-year-old, perfectly preserved Roman lighthouse, named Hercules Tower.”

Tens of thousands of sports fans will be joining the millions of tourists heading to Japan as the country hosts the Rugby World Cup in Autumn 2019. Travelling to many of the host venues, already well served by incredibly efficient, state of the art bullet trains will be even easier as British Airways has announced it will launch direct flights to Kansai airport near Osaka from spring 2019. The capital Tokyo, undoubtedly one of the world’s greatest, mixes the ultra-modern, with cutting edge design, fashion and architecture, with the ancient legacy of thousands of years of Japanese tradition and culture. Japan also has plenty of ski resorts, with the most popular located in Hokkaido – here you can visit resorts such as Sapporo, Niseko or Furano for amazing dry powder. ”

In 2019 cultured holidaymakers will be heading to Jordan after easyJet and Ryanair launched new flight routes. Jordan’s jewel in the crown is the ancient Nabatean city of Petra, carved out of solid rose-red rock, only accessible through a narrow winding passage. Jordan is also home to two very different seas; the super salty Dead Sea, where you can happily bob around in its mineral rich water and the diver’s paradise of the Red Sea with its stunning coral reefs.”

The Atlantic island of Madeira has been welcoming discerning visitors for years, attracted by its mild climate, rugged beauty and lush countryside. Now the island is also increasingly gaining a reputation for adventure and activity holidays, with mountain biking, canyoning and climbing in its dramatic, landscapes, which include snow covered mountains “picos” in the winter. Madeira is criss-crossed by mountain trails known as “levadas” which offer unrivalled trekking opportunities, some passing through lengthy tunnels or over deep canyons.”

Poland has more destinations with direct flights from the UK than mainland Spain, and adventurous holidaymakers are increasingly using this exceptional connectivity to explore this country’s historic cities and often unspoilt and beautiful countryside. Poland is a large country with a varied landscape dotted with lakes, medieval castles, red-bricked fortresses and ancient wooden churches. Krakow remains the jewel in the crown, but other cities, which are well worth a visit, are the capital Warsaw, Lodz, Lublin, Poznan and Wroclaw.”

Thessaloniki and the surrounding area

Thessaloniki – a vibrant, lively city has achieved something of a renaissance following the award winning redevelopment of its waterfront. This area of Greece is ancient Macedonia, birthplace to Alexander the Great and this Macedonian heritage is spectacularly evident in the incredibly well preserved UNESCO world heritage sites of Philippi and Vergina. And those looking for sun, sea and sand should head to the three-pronged peninsulas of Halkidiki, which has some of the best beaches in Greece.”

Under a new reforming Government, travel to the exotic and alluring country of Uzbekistan has become much simpler, with relaxed entry requirements, easier access to currency and greatly improved transport links. Uzbekistan is one of the fabled countries of the Silk Road, for centuries the main overland trading route from the East to the West. Samarkand contains some incredibly beautiful buildings covered in intricate carvings, mosaics and tiles, including the Gur Amir Mausoleum, Bibi Khanym Mosque and the Shah-i-Zinda complex.”

The journey time to Western Australia (WA) has reduced somewhat, following Qantas’ introduction in 2018 of a non-stop, 17-hour flight to the state’s capital Perth. There is so much to see and cover in this enormous state, but a trip to Purnululu National Park and one of Australia’s greatest natural wonders – the densely packed Bungle Bungle range – will leave visitors with unforgettable memories. WA has seemingly endless dramatic coastlines where you can view whales, dolphins and the world’s largest fish, the whale shark. WA even has its own answer to the Great Barrier Reef, the Ningaloo Reef, situated off the central Coral Coast.