Welcome to JustTravelCover.com Travel insurance with cover for pre-existing medical conditions with no age limit

Log In
Home
Pre-Existing Medical Conditions
Heart Conditions
Diabetes
Cancer
Mental Health Conditions
Annual Travel Insurance
Single Trip Travel Insurance
Cruise Travel Insurance
Over 65's
Over 75's
Over 80's
Over 85's
Over 90's
Your Questions Answered
Travel Tips Advice
Compare Travel Insurance
Making a Claim
Make a Complaint
Blog
About Us
Working with us
By using our website you accept and acknowledge that we use first party cookies in order to carry out the service.
We may also use cookies to analyse traffic, for advertising (including re-targeting) and to provide social media features.
Read our Privacy Policyfor more information about what we do with your data, your rights and how to manage your cookies.
I accept
HomeBlog5 reasons you should go to The Netherlands in 2020 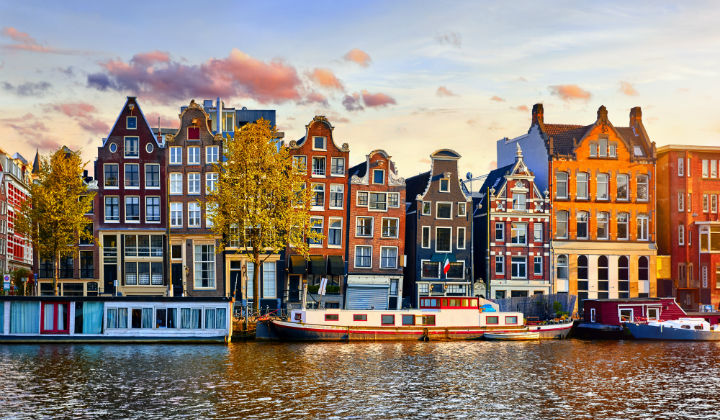 5 reasons you should go to The Netherlands in 2020

More than 20 million people visit The Netherlands each year with the majority heading to Amsterdam, the country’s capital.

It’s known for its windmills, cheese markets, wooden shoes, canals and bicycles – did you know there are around 880,000 bicycles in Amsterdam and around 851,000 residents?

There’s more reasons to visit in 2020 with Rotterdam set to host the Eurovision Song Contest and the idyllic town of Dordrecht celebrating its 800th birthday. Is has also been listed as one of ABTA’s 12 must-visit destinations in 2020.

It’s relatively cheap and easy to get there from the UK with flights starting from £35 and a short journey time of approximately 1 hour. There’s also the option of taking a short ferry ride or the Eurostar to Amsterdam or Rotterdam.

If you are heading to the capital here are our five top things to do whilst in the popular city of Amsterdam:

If you are visiting between 21 March and 10 of May a trip to the Keukenhof is a must. Located in the town of Lisse it is home to one of the world’s largest flower gardens. The Keukenhof is known as the Garden of Europe and each year 7 million flower bulbs are planted in the 32 hector gardens.

Located at the Museum Square in Amsterdam the Van Gogh Museum is dedicated to the artwork of Vincent van Gogh. It’s the most visited museum in The Netherlands and 24 most visited in the world with more than 2.3 million visitors each year.

Close to the Van Gogh Museum you’ll find the Rijksmuseum which is dedicated to arts and history. The museum has 8,000 objects of art and history on display, from their total collection of 1 million objects covering the years 1200–2000. You’ll see some masterpieces by Rembrandt, Frans Hals, and Johannes Vermeer.

During WWII Anne Frank hid from Nazi persecution with her family and four other people in hidden rooms at the rear of the 17th-century canal house. Although she did not survive the war her diary was published and the museum is a permanent exhibition on the life and times of Anne Frank.

In the city that is famous for its many bicycles this is the perfect opportunity to see all of the city’s fantastic sites on a guided bicycle sight-seeing tour. There are bicycle tours available for all levels of ability and the country is a very flat so don’t let anything put you off from trying something a little different.

Do I need a visa?

No, UK visitors with a full UK passport do not require a visa to enter The Netherlands. This will not change when we officially leave the EU on 31 January 2020, the current agreement will last until the end of December.

As with most of Europe The Netherlands use the euro (€‎). Debit and credit cards such as Visa, MasterCard and American Express are widely accepted, however it’s always a good idea to have some cash, but be aware of pickpockets. If you plan on using your debit and credit it is advisable to check exchange rates with your bank prior to you trip.

The most widely spoken language in The Netherlands is Dutch however research states that more than 90% of the population can speak a good standard of English.

Tipping is expected in The Netherlands if you feel have received a good or an exceptional service, 5% to 10% of the bill is sufficient. If the service was average it is polite the round-up the bill, but don’t tip if the service was bad.

Travel Insurance for The Netherlands:

Your EHIC (European Health Insurance Card) will still be valid once we officially leave the EU on 31 January 2020. The current arrangement will continue until 31 December 2020.

Your EHIC is not a replacement for Travel Insurance and may not cover your pre-existing medical conditions and the cost of repatriation should you need to be brought home before or after your scheduled flight departs.

You can take out European Travel Insurance for a year or arrange a single trip policy for your next visit. Compare up to 48 prices online today or call our insurance experts FREE on 0800 294 2969 and we’ll match the right policy to you and your trip.

Justtravelcover.com is operated by Just Insurance Agents Limited, who is an independent agent, based in Sunderland, and specialises in providing impartial advice on travel insurance products for medical conditions and travellers who are over 65.