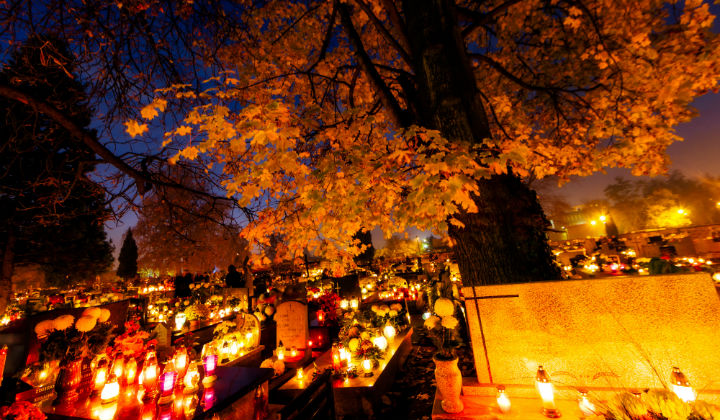 It may be hard to believe that end of October is here again and Christmas is eight weeks away.

Have you ever been on holiday at this time of year? It’s a fantastic way to learn about the different ways different countries mark the occasion, as it’s not all about “trick or treating”

Let us take you around the world in this week’s Halloween special blog.

The origins of Halloween can be traced back to the ancient Celtic festival of Samhain.

The Celts believed that on the night of 31st October, ghosts of the dead would revisit the earth and large bonfires were lit to warn off the evil spirits.

The celebrations have become a lot more American and commercialised with time but that’s not the case in some countries.

The 31st is commonly known as ‘Dia de las Brujas’ (Day of the Witches), followed by ‘Dia de Todos los Santos’ (All Saints Day) on November 1st, with the celebrations coming to a close on 2nd of November with ‘Dia de los Muertos.’

‘El Dia de los Muertos’ (Day of the Dead or All Souls Day), on 31st is the start of a 3 day celebration.

Each region celebrates differently, however in Spain it’s all about honouring the dead.

In Poland Halloween is celebrated a little different when compared to here in the UK.

‘Dziady’ (Forefather’s Eve) is held each year at the end of October. It’s a celebration of family, those living and the souls of those who have passed over to the ‘forefathers.’ November 1st is All Saints Day (a bank holiday) when families traditionally visit the graves of loved ones.

Candles are lit and placed on the graves with the belief that they help departed souls find their way through the darkness.

Halloween has only been celebrated for the past 25 years in Germany but it contributes €30 million each year to the German economy.

In 1991 the German chancellor cancelled Fasching celebrations due to the Gulf War. The economy suffered as a result and Halloween was introduced to make up for the losses.

The 31st is celebrated by adults at themed costume parties and clubs. Pumpkin festivals are also a popular way to celebrate with many carving competitions throughout the country.

The French celebrate Halloween similar to the way we do minus the ‘trick or treaters’.

Some locals embrace the idea of getting dressed up in scary costumes and attending a ‘fête costumée’ (costume party). Whereas others watch horror movies with their friends or family to mark the occasion.

In France Halloween is considered an overly Americanised celebration with too much emphasis on commercialisation.

Similar to Germany, Halloween is a relatively new celebration in Sweden – celebrated since the early 1990s.

All saints day is the traditional day of celebration held on the Saturday between 31st October and 6th November. It’s considered the day of dignity and reflection, and as the nights get shorter it is traditional to light grave candles (att tända gravljus) for the spirits in the darkness.

It’s quick and easy to arrange cover for pre-existing medical conditions, we don’t even need to know the name of your medication.

Compare multiple prices online or call our travel insurance experts on 0800 294 2969 and we’ll help you find the best policy for your individually needs.