There is more to Yokohama than the rugby world cup final 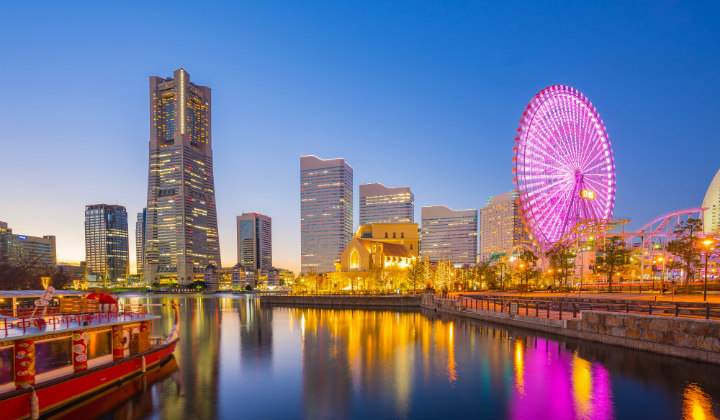 The 2019 Rugby World Cup comes to a close this weekend with a repeat of the 2007 final as England take on the Springboks (South Africa) for the prestigious title of world champions.

It has been a great tournament for two of the home nations, as Wales go head-to-head with the All Blacks (New Zealand) in the third place play-off on Friday.

The venue for the final is the Nissan Stadium, also known as International Stadium Yokohama, Japan’s largest stadium with a capacity of more than 72,000.

The first rugby matches in Japan reportedly took place in Yokohama as early as the 1860s giving the city the title of the birthplace of rugby in Japan.

Yokohama is the second largest city in Japan with a population of more than three million and away from the rugby it’s a fantastic place to visit for a break, here is our list of five things you must do when in Yokohama:

A wealthy silk merchant Tomitaro “Sankei” Hara once owned the garden as part of his home however it was opened to the public in 1906.

The gardens cover over 175,000 square metres and contains historical houses and buildings that we’re brought to the park from locations all over the country. You’ll find bridges, streams, small waterfalls, bamboo groves, and ponds as you stroll through the gardens.

Minato Mirai can be translated as “harbour of the future” and is blessed with a great location along the water. It was transformed from a large shipyard to a new city centre in the 1980s.

The area boasts a wealth of attractions including shopping centres, hotels, a convention centre, an amusement park, a relaxation centre with hot spring baths, museums and park space. Amongst the high-rise buildings you’ll find the Landmark Tower which was Japans tallest building until 2014.

Following the developed of the port area Chinatown quickly followed suit. Central Yokohama now boasts the largest Chinatown in the whole of Japan.

Four colourful dates stand at the entrances to the area with the main draw being the cuisine available at the street food stands and restaurants. This includes popular favourites such as steamed buns, ramen noodles and a wide variety of traditional Chinese dishes.

The park stretches 750 metres along Yokohama’s waterfront and it’s hard to miss the huge ocean liner in the water near the promenade.

The ship is called the Hikawa Maru and begun service in 1930 along the Yokohama-Vancouver/Seattle line. Charlie Chaplin took a trip on the transpacific liner in 1960 and after 30 years at sea it now serves as a museum. The park has lots of green space and features fountains and monuments.

The design mimics waves and it’s a great place for unobstructed views of the Minato Mirai skyline. If you want to get away from the city it’s one of the best spots for a walk and you may even stumble on one of the many exhibitions and events.

If you are heading to Japan or for some winter sun don’t forget to pack your travel insurance.

You can compare up to 48 prices online including cover for pre-existing medical conditions. There are no upper age limits on our single trip insurance policies and annual multi-trip policies are available for frequent travellers.