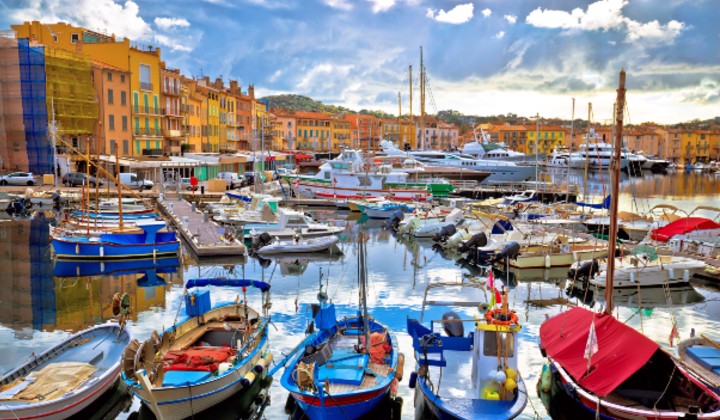 While the first day of autumn is still a couple of weeks away (23 September) it seems the British summer has well and truly been and gone.

With grey skies and rainy days all but guaranteed it’s no surprise many people jet off on holiday for some winter sun.

The Canary Islands and Spain are popular destinations at this time of year, with Portugal, France and the USA firm favourites for a break to escape the gloomy weather at home.

Here we take a look at these in more detail, and some other popular destinations that might just inspire you…

Located in the French Riviera this quaint town is the perfect location in the low-season for a beach break or if you enjoy a costal stroll with beautiful views.

This peaceful fishing village was transformed into a jet-set favourite overnight when the 1950s sex symbol Brigitte Bardot arrived to star in Et Dieu Créa la Femme (And God Created Woman) in1956.

Must-do: A visit to the citadel is a must. Built to defend the coast in 1602 it dominates the hillside overlooking Saint-Tropez and the views are stunning.

Get a quote for Travel Insurance to France >

September is the perfect time to visit the city. Its narrow winding limestone streets and ancient city walls can only be truly appreciated by seeing them up close.

Known for its very distinctive old town Dubrovnik has become a popular destination since featuring in the highly rated TV show Game of Thrones.

Must-do: Explore the spectacular city walls and forts. Once you reach the top you’ll have a sublime view of the old town and shimmering Adriatic Sea.

Get a quote for Travel Insurance to Croatia >

There are so many sights to explore across the city stretching from the Statue of Liberty in the south to Central Park in the north so make sure you pack a good pair of walking shoes.

The first pizzeria in the USA opened in NYC in 1895. Since the 1960s, the price of a slice of pizza has been roughly the same price as a subway ride.

Must-do: No visit to New York is complete until you’ve visited the world-famous Empire State Building. Take the lift to the 102nd floor and take in the 360 degree views of the big apple. Find out more about the USA >

Get a quote for Travel Insurance to USA >

There are lots of resorts to choose from in the most southerly region of Portugal including Albufeira, Faro and Vilamoura to name a few. Known for its soaring cliffs, golden beaches and golf courses the Algarve attracts over four million visitors each year.

A 2016 American-based study concluded that the Algarve was the world’s best place to retire.

Must-do: Visit the town of Lagos, it has the lot. It’s an old port town with cobbled lanes and features picturesque squares and churches. It has some beautiful beaches too.

Get a quote for Travel Insurance to Portugal >

It’s the perfect location at this time of the year for some laidback beach time with 42 beaches on the island surrounded by crystal clear waters.

Located in the South Aegean Sea, Rhodes is the largest and historically the most important of the Dodecanese islands of Greece.

Must-do: Climb to the top of the Acropolis of Lindos where you are greeted by ancient remains that include the Temple to Athena Lindia and a 20-columned Hellenistic stoa. You also have long-range coastal views that are out of this world.

Get a quote for Travel Insurance to Greece >

If you’re looking for guaranteed sunshine look no further than the Canary Islands. Our pick Lanzarote is popular for its year-round warm weather, beaches and volcanic landscape.

The whole island was declared a biosphere reserve by UNESCO in 1993. A protected area of importance due to features of geological or other special interest.

**Must-do: **The most specular sight on the island is the eerie 51 square-kilometre Parque Nacional de Timanfaya the surrounds the Montañas del Fuego (Mountains of Fire). The area is copper, black and grey in colour and is almost entirely bereft of life.

Get a quote for Travel Insurance to Canary Islands >

The hottest destination on our list, Cyprus is a holiday favourite with everyone due to its sandy beaches and ancient sights.

Legend has it that the Greek goddess of love–Aphrodite–was born in Cyprus. The country is also known as the playground of the Gods.

Must-do: Crossing the line between South and the North Cyprus gives you an insight of the island’s complex and painful history and you’ll experience the differences of the two Cypriot communities.

Get a quote for Travel Insurance to Cyprus >

If you’re heading for some sun this autumn remember to pack your Travel Insurance.

Get cover for most medical conditions including heart conditions, diabetes and cancer, plus there are no upper age limits on our single trip insurance policies.

Compare up to 48 prices online in minutes, prefer to speak to someone? Call our office FREE on 0800 294 2969 and we’ll help you find the right policy to suit you and your trip.