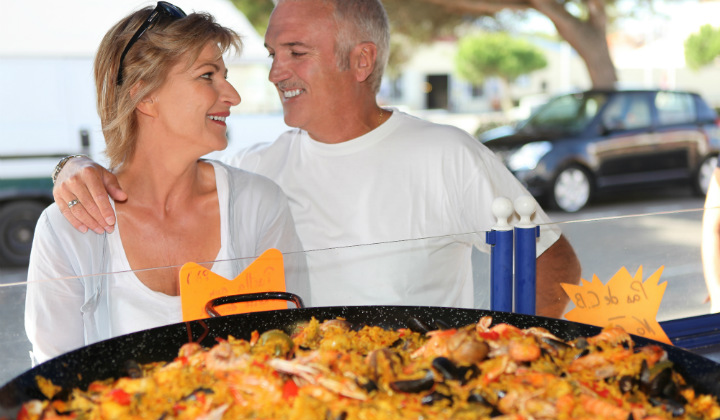 The secret ingredient to the perfect holiday is great food and drink, and you’ll be spoilt for choice with what’s on the menu across Europe this summer.

Whether you’re heading away for some late summer sun, planning your autumn/winter getaway or thinking about next year already, allow us to tempt your taste buds with these authentic dishes from five of Europe’s most culinary hotspots.

You’ll find a variety of “smashing” plates on a trip to Greece. Be sure to look out for these mouth-watering menu favourites:

It’s not all about Pizza, Pasta and Peroni in beautiful Italy.

Did you know the tomatoes, mozzarella and basil that make up a Margarita pizza represents the colours of the Italian flag?

Holidays to Croatia are on the rise and it is fast becoming Europe’s rising star for European breaks with more than 10 million of us heading to this scenic part of Eastern Europe every year.

with a 1,000 kilometre coastline, a super snorkelling scene and cities packed with history it is a must-visit.

The sunshine, the food and the people are the things that make Spain such a popular holiday destination for Brits. It’s so easy to spend days tucking into tasty tapas while soaking up the sun – they are free in some parts of the country like Granada – perfect after a trip round the Alhambra Palace!

We could go on (and on) with our favourite dishes from France, the Netherlands and Germany, but we’re far too hungry so we’ll leave those for another day.

If your next foodie adventure is just around the corner don’t forget to arrange your Travel Insurance before you go. We can help compare prices for you and find you the best deal from our panel of insurers which will cover your pre-existing medical conditions should you fall in on holiday – hopefully not from food poisoning!