Data roaming charges: what does the latest research say?

New consumer research is showing that now post-Brexit EU roaming charges have crept back into our lives, despite assurances that the rates are affordable, many Brits are suffering ‘bill shocks’ when returning from holiday.

Research from Atomik, commissioned by iD Mobile shows that 27% of Brits have been hit with mobile charges averaging £262.

On average, Brits use over 32 hours of roaming data a week, equating to 5.64 GB. The majority of this usage (784 MB on average) comes from streaming films or music, using YouTube or playing games. And bear in mind this is just an average.

The key data has been summarised in the infographic below. 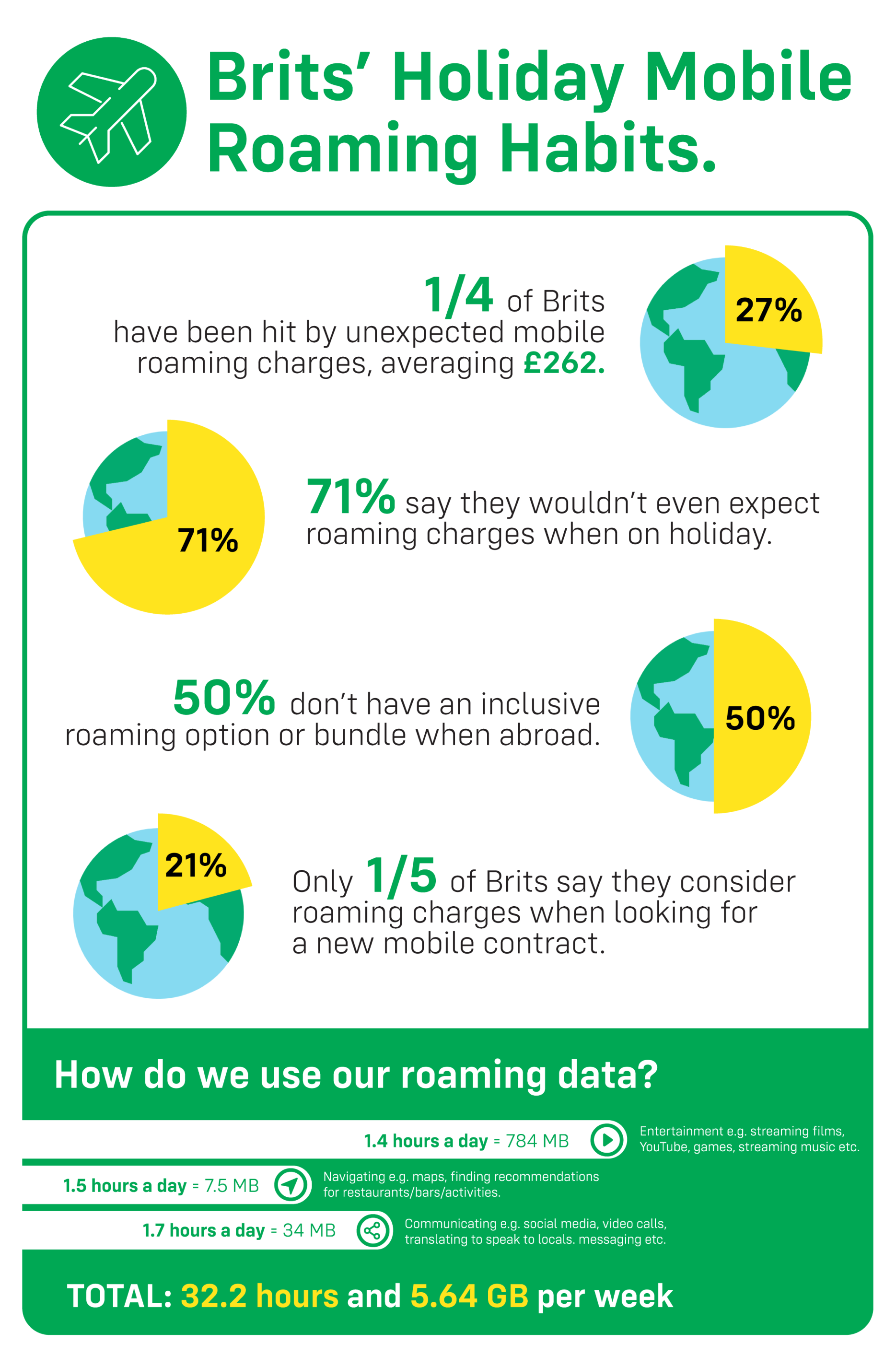 Why have roaming charges returned?

Our recent article from Jamie Kavanagh at Brodband.co.uk explains that now we are no longer part of the EU, there is no longer legislation in place preventing mobile operators from charging roaming fees in the EU.

Outside the EU, roaming charges have also been affected by the Government adding VAT at 20% to roaming outside the EU zone.

The result is that the majority of network providers have re-introduced roaming charges, and while these look straightforward on the face of it, the small print can catch you out.

How can you avoid unexpected roaming charges?

So, what are the mobile providers’ charges and do any of them still offer free roaming?

While a handful of them still offer free roaming (giffgaff, iD Mobile, O2), the majority of them charge a daily rate and as well as having a fair usage limit.

See the table below for an updated view on roaming charges fair usage limits across the providers: 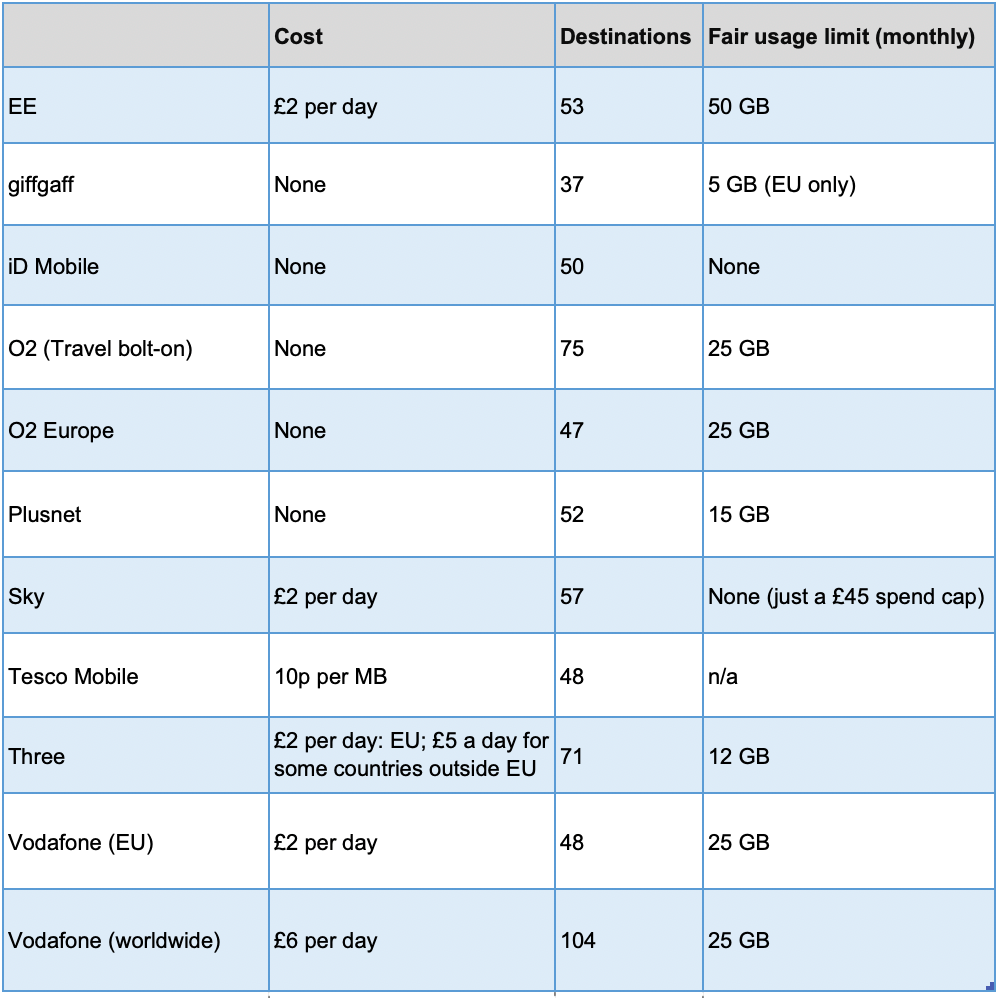 * Legislation specifies that mobile networks must give customers at least one month’s notice regarding changes to their contract, including data roaming charges.

Atomik Research conducted an online survey among 2,004 adults in the UK in August 2022. Read the full survey results here. 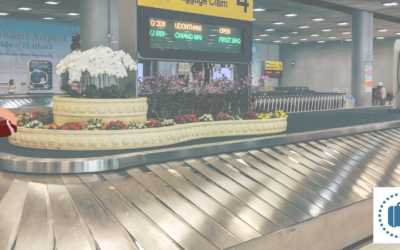 The insurance policy that pays £500 if your luggage is lost

Smart Luggage, the award-winning, real-time insurance policy for lost luggage is now available to buy from just £3, even if you already have your...

END_OF_DOCUMENT_TOKEN_TO_BE_REPLACED 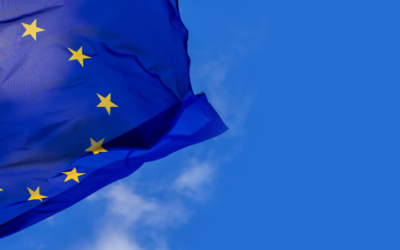 The most common questions on EU travel answered

There has been a lot of confusion and noise around travelling to Europe this summer. With Covid rules changing, and the UK’s departure from the EU...

END_OF_DOCUMENT_TOKEN_TO_BE_REPLACED 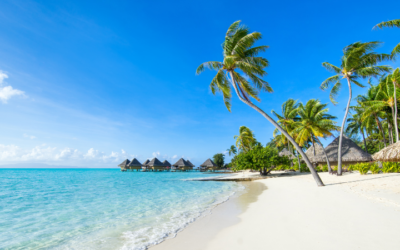 As the cold weather draws closer and shorter UK days dawn we’re already dreaming of our next holiday.​ If you’re lucky enough to be planning an...

END_OF_DOCUMENT_TOKEN_TO_BE_REPLACED 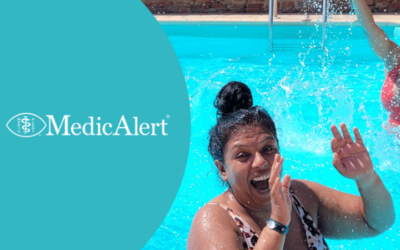 10 Ways you could benefit from a medical ID

Our latest partner MedicAlert have been providing peace of mind since 1964 here in the UK. With a vision of helping to provide a better life for...