Seven must-visit cities in the USA 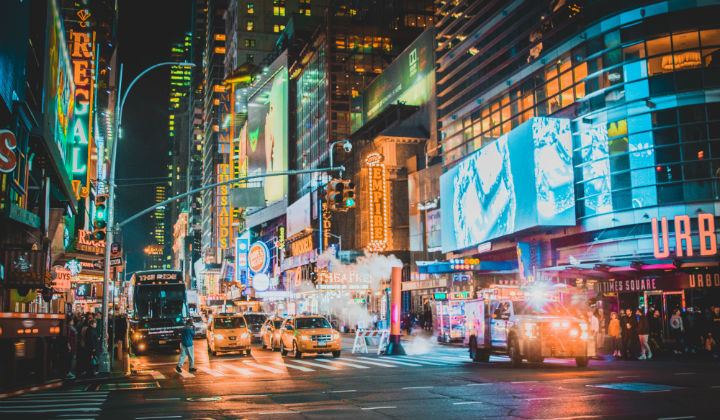 From the ‘big apple’ to the ‘windy city’ and from LA to LV we take a look at our seven must-visit cities in the USA.

There’s something from everyone on our list whether you’re a history buff, an adrenaline seeker or anything in-between.

Find out which city took top spot below in our must visit guide.

A city renowned for its rich history Philadelphia hosts more than 40 million visitors each year.

Not to be missed: Once you’ve taken in all the history that the city has to offer visit Longwood Gardens for a little bit of nature with 1,077 acres of artfully designed horticultural displays.

Located in the Mojave Desert Las Vegas is the largest city in Nevada and received more than 42 million visitors last year. Recognised as the gambling capital of America it’s also an excellent city for shopping, dining, entertainment and nightlife.

The ‘strip’ is a 2.5 mile stretch lined with luxury hotels such as the Bellagio, Caesar’s Palace, ARIA Resort & Casino and the MGM Grand. On an evening you’ll never get bored in Vegas with some of the biggest names in music featuring each night including Celine Dion, Cher, Boyz II Men and Sting.

Not to be missed: Take a short ride downtown to Fremont Street to experience an electric atmosphere of the past.

The second most populated city in the USA hosts more than 48 million visitors each year. It’s home to world famous neighbourhoods such as Beverly Hills and Hollywood, with the latter being renowned for its film industry and is home to Paramount Pictures, Universal and Warner Brothers.

Its famous beaches (Venice beach and Santa Monica) and pleasant climate make it a favourite amongst tourists.

Not to be missed: The Hollywood Walk of Fame with more than 2,600 stars embedded into the pavement along 15 blocks of Hollywood Boulevard. See if you can find your favourite musicians, actors, directors, producers and fictional characters.

The theme park capital of the world is the most visited US destination with more than 70 million tourists in 2017. Of course there is more to Orlando than Walt Disney World, Universal Studios and SeaWorld.

There are plenty of malls, restaurants, museums and parks to keep you occupied if theme parks are not your thing. Grab yourself a bargain at the Orlando Premium Outlets.

Not to be missed: You’ll find the Kennedy Space Centre one hour from Orland, will you be lucky enough to see a rocket launch on your visit?

Since the success of the 1996 Olympics it has become the cultural capital of the USA producing chart topping musicians and over the past decade a number of block buster movies including The Hunger Games and Captain America: Civil War have been produced in ATL.

Not to be missed: Once the largest aquarium in the world (until 2012) the Georgia Aquarium holds 10 million gallons of water containing several thousand marine species.

The ‘Windy City’ gets its name from the strong gusts of winds it experiences from being located on the shore of Lake Michigan. With more than 57 million visitors a year it takes second place on our list.

There’s some stunning architecture on show throughout the city including the John Hancock Centre, the Tribune Tower, and the Wrigley Building. Head to the Navy Pier for shopping and unique dining experiences.

Not to be missed: Chicago is home to some of the most famous art exhibits including Monet, Renoir, and Seurat.

Top of our list and so good they named it twice, New York hosts more than 60 million visitors every year.

The list of experiences are endless and include the Statue of Liberty, National September 11 Memorial, the One World Observatory, Empire State Building, the Rockefeller Centre, Central Park and Times Square but to name a few.

On top of that you also have the choice of possibly the best and most varied shopping experience and restaurants you’ll find anywhere in the world.

Not to be missed: A visit to Broadway to experience one of the many theatre productions is a must and there are plenty to choose from including Wicked, The Lion King, Chicago and The Phantom of the Opera.

Once you’ve booked your trip to the USA it’s easy to get caught up in the excitement of counting down the days to your holiday but one thing not to forget is your Travel Insurance.

Medical treatment in the USA can be very expensive so we would recommend taking out comprehensive Travel Insurance as soon as you’ve booked your holiday to cover you should the unexpected happen.

You can get cover for hundreds of pre-existing medical conditions and there are no upper age limits on our single trip insurance policies.

Compare prices from multiple specialist insurers on our website in minutes or call our award-winning staff on 0800 294 2969.